That's why we offer a 24-marker paternity test for legal and non-legal cases. That's 50% more markers than industry-standard.

For most of the relationship testing, we used a 46-marker test that's 187.5% more markers than industry-standard. If your test sample submitted is weak, we automatically upgrade to our 46-marker test at no additional cost. What does this mean for you? More markers translated for greater accuracy and reliability of test results. For the certainty and assuredness that you want and deserve, choose accurate and reliable forensic testing.

We take customer privacy very seriously and have built safeguards into every step of our DNA testing process. All sensitive personal information will be kept secure and treated as strictly confidential by our laboratory professionals' team.

We use an AABB accredited laboratory, which permits us to administer DNA testing for legal purposes. This more stringent lab process is advised whenever the test results are needed in court or other official matters. Strict procedures must be followed when performing a legal test to regulate sample collection and preserve final DNA reporting integrity.

Sample Collection: DNA samples are to be secured by our qualified collectors.

Chain of Custody: Legal documents must accompany the certified samples in transit.

Our Clinical staff at FRIEDEL CLINIC will be happy to assist with coordinating a legal DNA test. They will offer guidance on choosing the exemplary service and help schedule the appointment(s) for certified DNA sample collection. 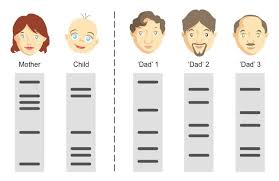 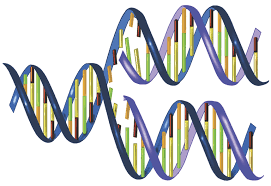 Are there suspicions of a cheating spouse or partner? This test will determine if DNA exists on an article of evidence and whether that profile matches a known reference sample.

The occurrence of a natural disaster or criminal attack can sometimes lead to tragic losses of life. We help identify the bodies of disaster victims through forensic DNA analysis.

Along with standard mouth swabs, our laboratory tests human blood, tooth, bone and tissue samples. We are also proficient in extracting DNA from an assortment of physical items.

Most comprehensive DNA testing service available. We guarantee and stand behind our test results for accuracy, reliability, and confidentiality.

We provide quick turnaround time for all test results, typically in 1 to 3 Business Days. We guarantee and stand behind our test results for accuracy, reliability, and confidentiality. 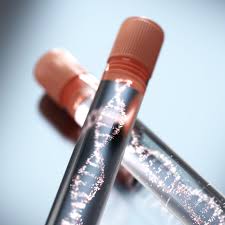 What are DNA biomarkers?

In genetics, a biomarker (identified as genetic marker) is a DNA sequence that causes disease or is associated with susceptibility to disease. They can be used to create genetic maps of whatever organism is being studied.

They're called microsatellites, simple sequence repeats (SSRs), short tandem repeats (STRs), or variable number tandem repeats (VNTRs). These are places in the DNA where a certain bit of DNA is repeated. ... You have 17 repeats on one chromosome and 18 on the other at D3S1358, a certain spot on a chromosome.

Deoxyribonucleic acid, or DNA, is the genetic material you inherit from your mother and father. Paternity refers to fatherhood. A DNA paternity test uses DNA, usually taken from a cheek swab, to determine whether a man is the child's biological father.

Genetically, you actually carry more of your mother's genes than your father's. That's because of little organelles that live within your cells, the mitochondria, which you only receive from your mother.

Can eating before a DNA test mess it up?

We do ask that you don't eat or drink anything for about an hour before collecting the DNA samples, and this is to keep food or anything else off the swabs. Eating or drinking before the collection can cause remnants to get on the swab with the DNA, degrading the sample.

How accurate is a mouth swab DNA test?

Swabs are as accurate as blood. Epithelial cells contain exactly the same DNA as blood cells. In other words, these swab tests are more than 99.9% accurate, which is the same in case of blood samples as well.

Your genome is inherited from your parents, half from your mother and half from your father. The gametes are formed during a process called meiosis. Like your genome, each gamete is unique, which explains why siblings from the same parents do not look the same.

Can you have two biological fathers?

It is possible for twins to have different fathers in a phenomenon called hetero-paternal superfecundation, which occurs when two of a woman's eggs are fertilized by sperm from two different men. Ordinarily, a woman becomes pregnant because one of her eggs has been fertilized by sperm

Can a DNA test be done with just the father and child?

Paternity testing with just a father and a child usually produces a high CPI and a very high Probability of Paternity (usually 99.99% or greater if he is the father). However, sometimes the matches between father and child aren't strong enough for conclusive results.

What does a girl inherit from her father?

As we've learned, dads contribute one Y or one X chromosome to their offspring. Girls get two X chromosomes, one from Mom and one from Dad. This means that your daughter will inherit X-linked genes from her father as well as her mother. ... Remember, girls inherit two X chromosomes—one from mom, one from dad.